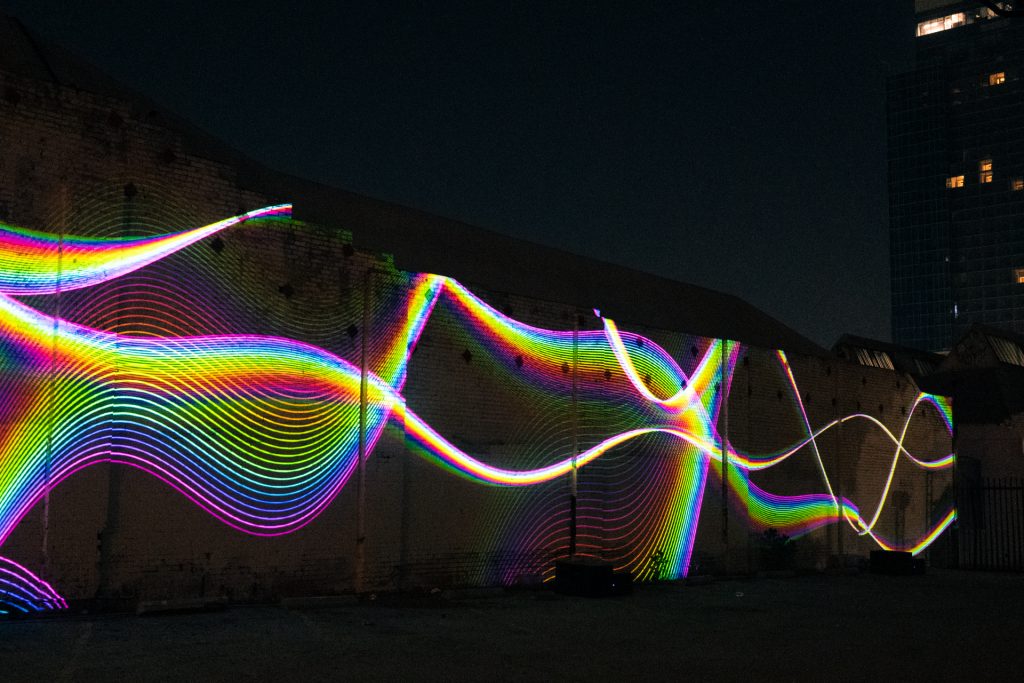 Full Spectrum (2022) was exhibited as a part of LUMINEX, award winning large scale outdoor public art exhibition in Downtown Los Angeles. The audio-visual projection mapping piece invites viewers to step into the hidden worlds beyond the rainbow. Bees and birds can see ultraviolet light on flowers and the James Webb Telescope lets us see the […] 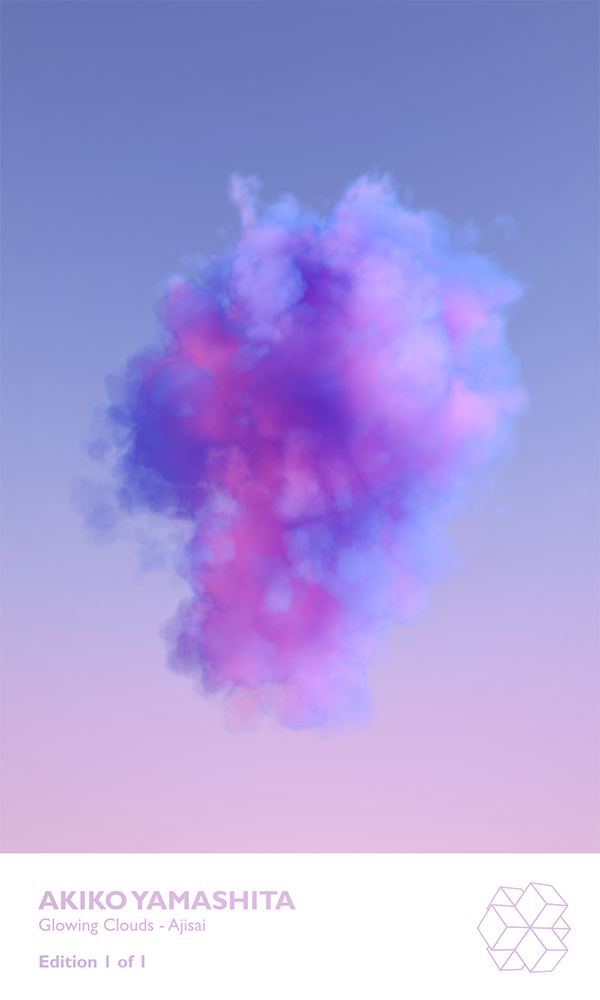 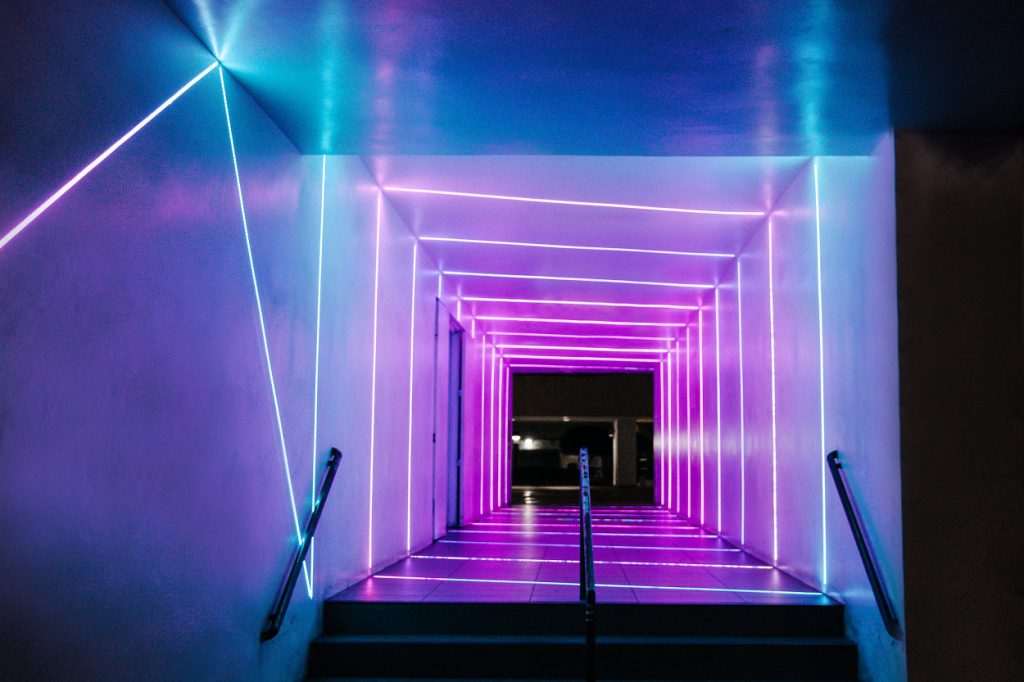 Portal is a 7000 pixels of animated light hallway created by artist Akiko Yamashita in the Weller Court plaza in Little Tokyo district of downtown Los Angeles in 2015. It brings color and motion to the city center. It has become a destination portal – formally a dark tunnel – has been transformed by this […] 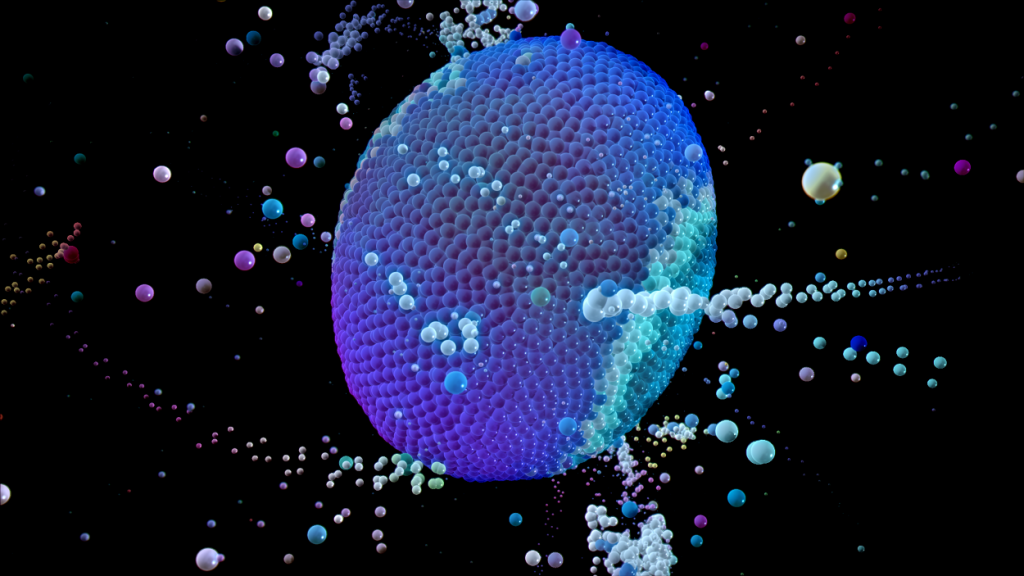 https://vimeo.com/532910488 Water flows from high to low. On the Earth at least.Water is everywhere, in every state, even within us.When you trace the source of the water, we have to think that it cycles.But then, how was water born to begin with?This is still a mystery. Some researchers suggest it came with water-rich asteroids. Where […] 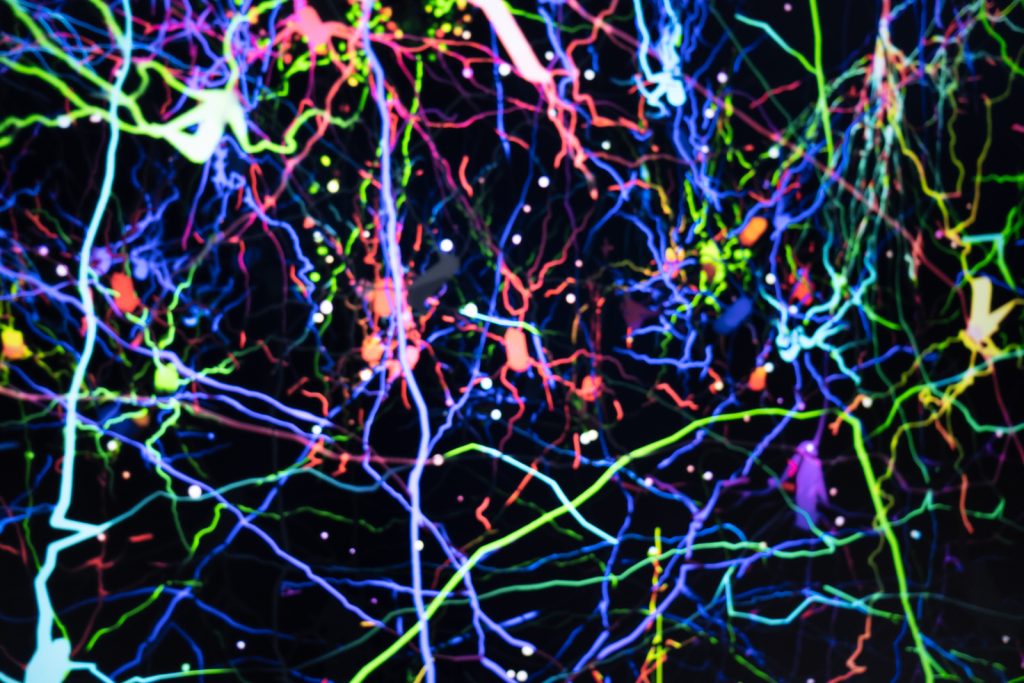 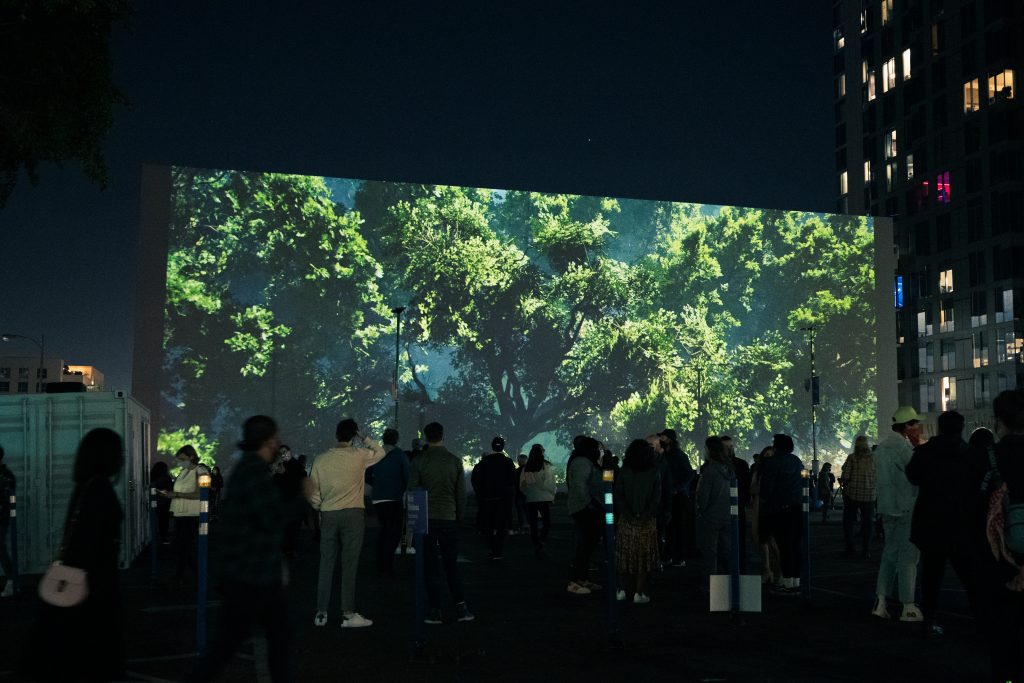 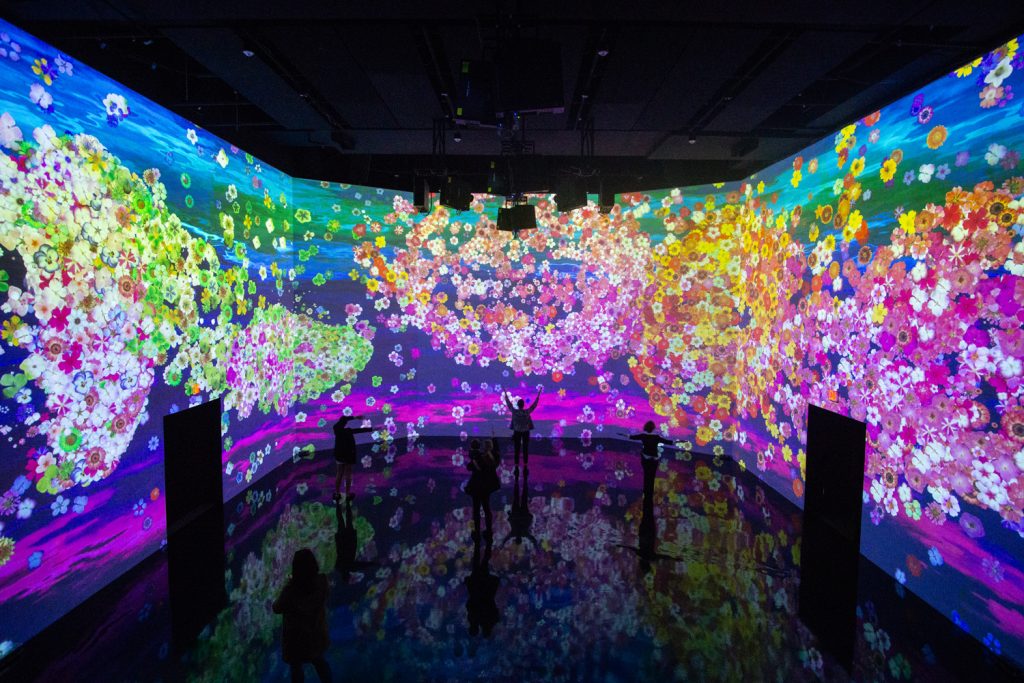 Hana Fubuki is an interactive installation commissioned for the exhibition “In Peak Bloom” by ARTECHOUSE. Inspired by nature’s ability to help us see what is otherwise invisible to the naked eye, such as the passing of time, Hana Fubuki refers to “Sakura snow,” or the way falling cherry blossom leaves can resemble a gentle snowfall or […] 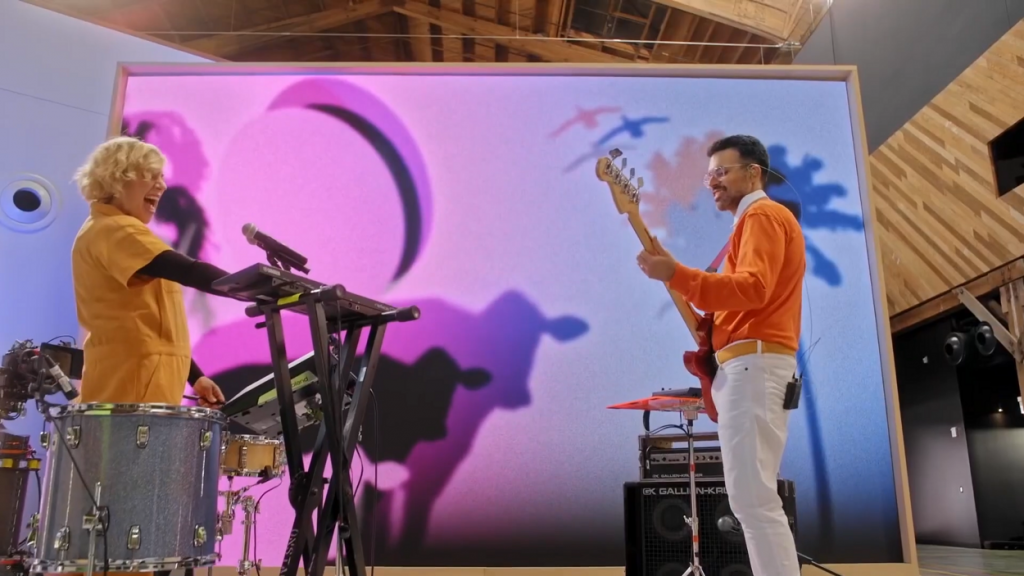 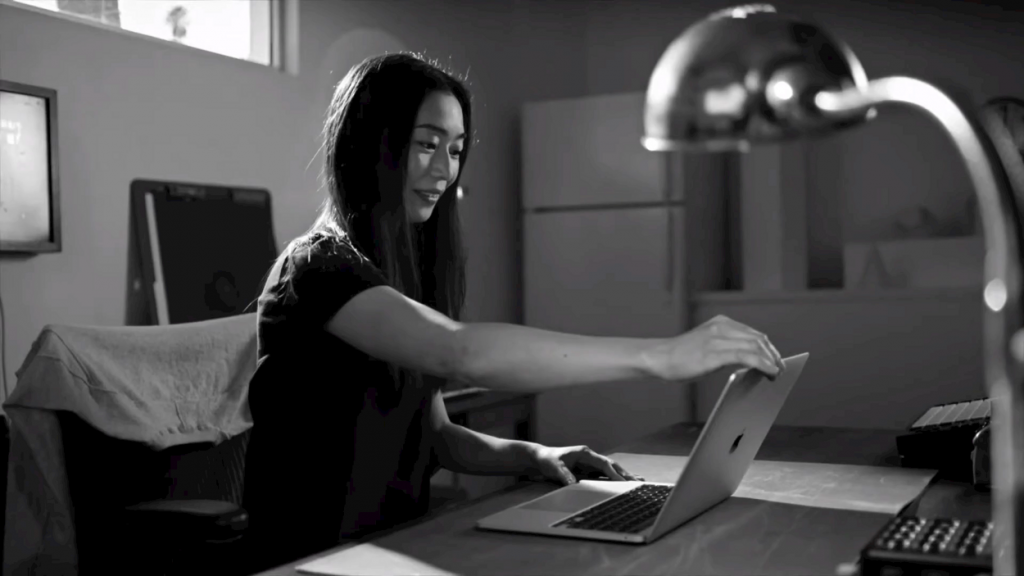 https://youtu.be/HAddWJkZ-0U Akiko was featured in a short film made for Apple MacBookPro launch keynote presented by Tim Cook as one of the new generation of makers. Client: Apple 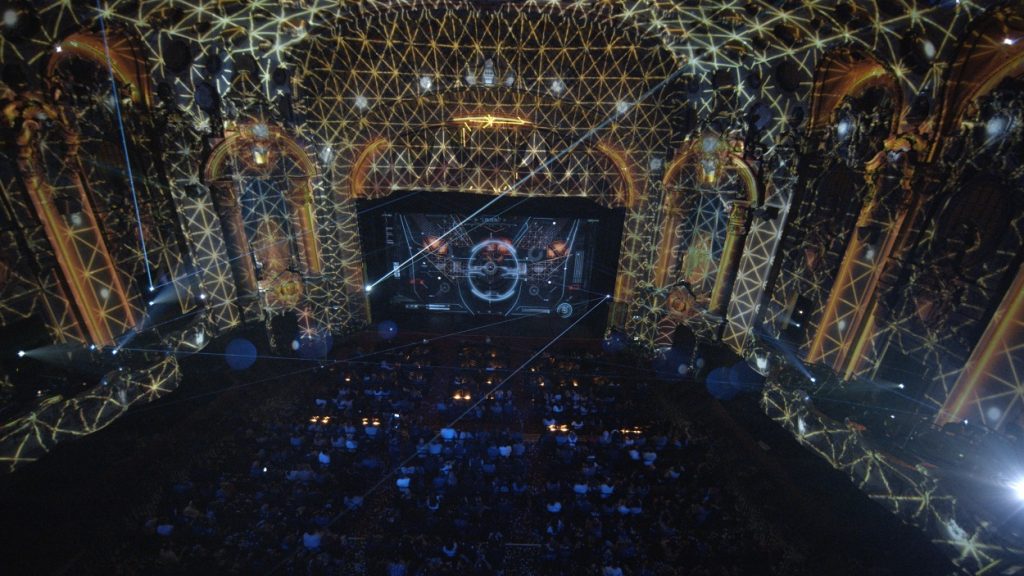 The Los Angeles Theatre was the last and most extravagant of the ornate theaters built on Broadway in downtown Los Angeles between 1911 and 1931. Designed by architect S. Charles Lee with a French Baroque-inspired décor, its majestic six-story main lobby and 2,200-seat auditorium of carved plaster ornamentation, mirrors, and cove-lit murals recall the glamorous […]